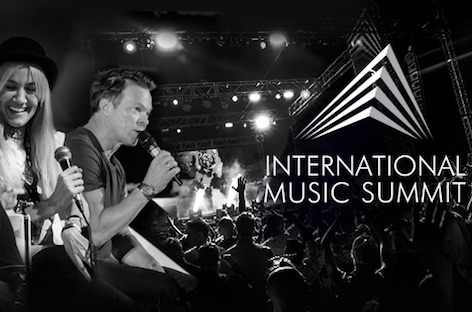 On May 24 I visited the tenth edition of the International Music Summit (IMS) Ibiza. Over four days 1,200 electronic music industry professionals from 48 countries gathered at Ibiza’s Hard Rock Hotel for a series of talks, seminars and debates. Three strong themes from throughout the week were diversity, sustainability, health and wellness.

Gender diversity in electronic music was a prevalent topic throughout the summit. IMS partnered with SheSaid.So and Smirnoff Sound Collective’s Diversity in Music initiative.

Dixon, Jesse Rose and Agoria all remarked on the importance of wellness within the industry and its participants. The business of electronic music can be demanding from a number of different angles, from travel to sleep deprivation to working anti social hours to issues with alcohol and drug dependency. All of the above shared personal insights into how they found their own work life balance.

Senior industry figures expressed frustration at the lack of engagement from authorities on the topic of drugs and lack of debate on how it should be dealt with. Alice Favre from LWE (London Warehouse Events) hopes that London will follow the lead of cities in allowing drug testing at venues. Countries like the United States are nowhere near engaging in that debate, whereas the Netherlands are leading the way.

One of the highlights from the conference for me was the The Annual Ibiza Debate featuring Seth Troxler and representatives from Cocoon, Hï, Heart and Game Over. The closure of Space Ibiza, its replacement by Hï, the rise of VIP culture, sustainability and the rise in the cost of living for the average worker all featured heavily. Seth made an interesting point that for the first time, homelessness has become a serious issue in Ibiza. Dave Browning also dropped a bomb, that Space would return to the island this year for Space in the Park, a series of shows celebrating the twenty eighth anniversary of one of the world’s most beloved clubbing institutions.

The Art Department’s Jonny White, Wade Cawood (CEO Pulse Global) and Jack Baucher (CEO Tears for Tigers) introduced MAAC, an initiative to help protect wildlife through the music industry. One alarming statistic was that throughout the course of the IMS conference, three hundred elephants were culled globally.

There were some really amazing keynote speakers throughout the conference including New Order’s Bernard Sumner, The Black Madonna, Masters at Work, The Martinez Brothers and Dixon.

IMS co-founder Ben Turner: “More than any other year, the talks seemed to really resonate far and wide. We are in the age of transparency, and I hope people felt our speakers were being open and honest about their challenges. It’s been a truly inspiring decade and this was a great way to celebrate it.”